While this started as a pure weapon customizer for MgTE2, it now covers all major GDW titles, e.g. Traveller, Twilight:2000, 2300 AD and Space:1889. Also, a new typeface. 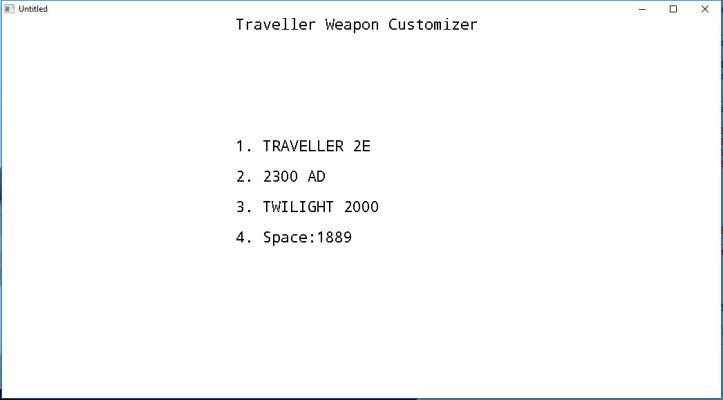 All weapons now have an average damage value in front of the name, to compare them. 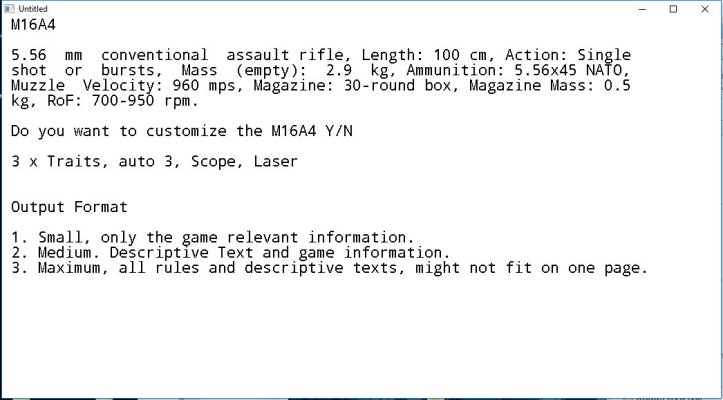 For those using weapon pictures in their DOCs, you can download a  few hundred JPGs here:

You can use the software as it is, it will just assume a STR and DEX of 7 and a Skill-0 for all weapons,  but I have included a possibility to add your characters skills and abilities to the output.

In the directory you will find a file that contains all relevant values, Strength (concerning Bulky and Very Bulky Weapons), Dexterity for hit bonus and the four skill groups, Slug, Energy, Archaic, and Heavy. Last but not least the TL of the world where you buy your guns, the lower the TL the less guns will be available.

You can edit this external file, called Player.DAT, and the program will read its content each time you start it.

There is already a profile that comes with the APP, but the idea is to customize it for your own character.

After you have chosen a weapon you can customize it. You will only see the choices actually possible for that gun and the TL. All entries expect a simple Y or N answer. 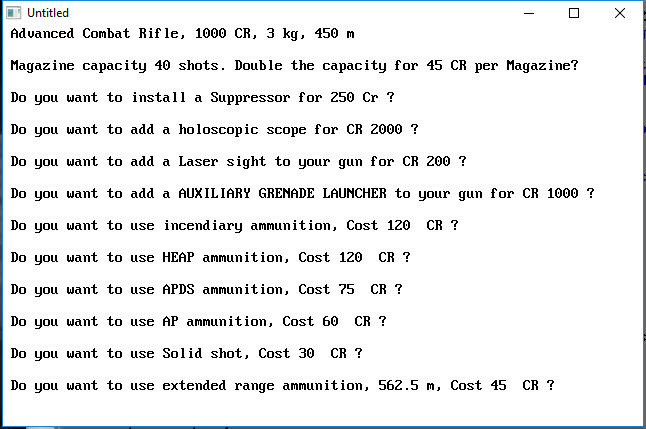 Finally you can choose from three output formats, depending how many details you like:

The result will be written into a .DOC file with the filename of the weapon, in this case it would be:

Now you can edit the file to your liking, add JPEGs and so on, here a few examples. 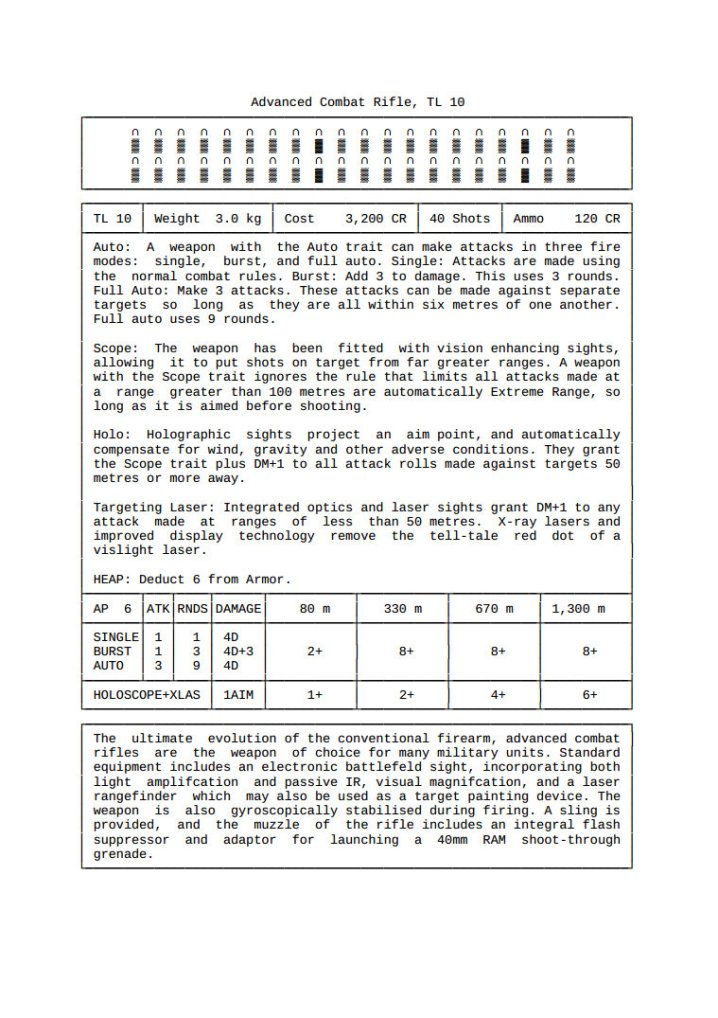 I have been developing BASIC Apps for role playing games since 1981. Over time I will publish all these programs on this website…